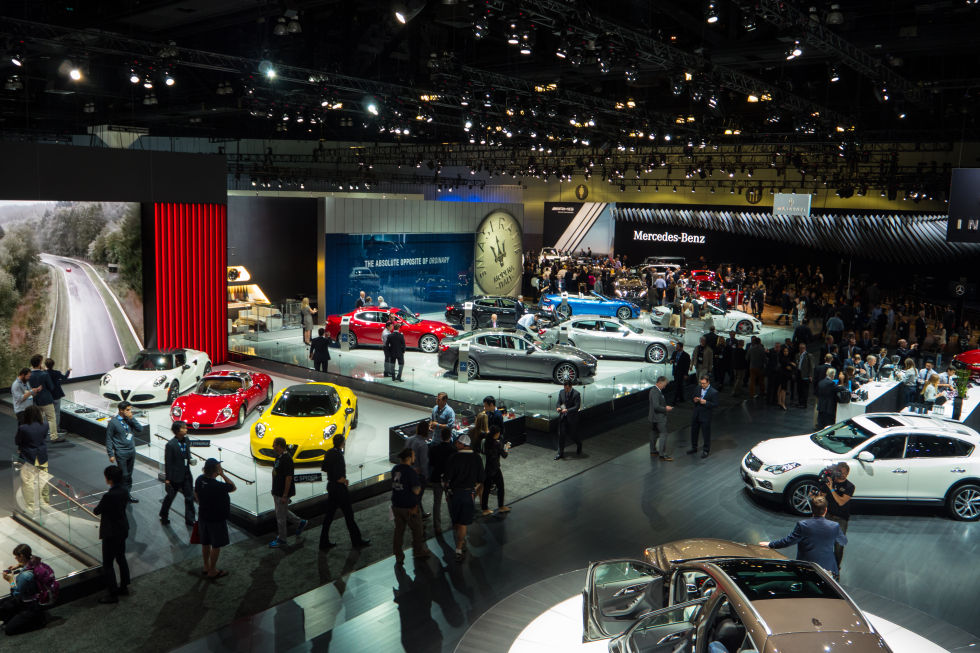 A view out over part of the cavernous South Hall.

LOS ANGELES—The LA Auto Show got underway this week with press preview days on Wednesday and Thursday. It was a relatively low-key show this year, with only a few cars blowing our socks off with excitement. We’ll have multiple reports from our time at the show, following this post with a roundup of the coolest concepts and customs and another with the sporty stuff that got Cars Technica’s pulse racing. But to start, we’re going to highlight the whole reason we attended the LA Auto Show in the first place—we wanted to see the industry’s most interesting technology up close. In this light, even some new production cars piqued our interest.

Particular highlights include the really clever use of augmented reality by Hyundai with its new owner’s manual, the BMW 7 Series which features gesture control, wireless charging for your smartphone, and a host of other cool features, and the latest version of Audi’s MMI infotainment system and Virtual Cockpit in its Q7 SUV.

Hybrid SUVs were in abundance at the show, including the Volvo XC90, BMW X5 xDrive40e, and a hybrid Toyota RAV4. Unlike last year’s LA Auto Show (or the 2015 NYIAS for that matter), there felt like much less emphasis on fuel cell vehicles—though Honda did bring its new Clarity fuel cell sedan.