In California, Stingy Water Users Are Fined in Drought, While the Rich Soak

Posted on November 22, 2015 by 12wwsadm | Comments Off on In California, Stingy Water Users Are Fined in Drought, While the Rich Soak
Continue reading the main story Slide Show 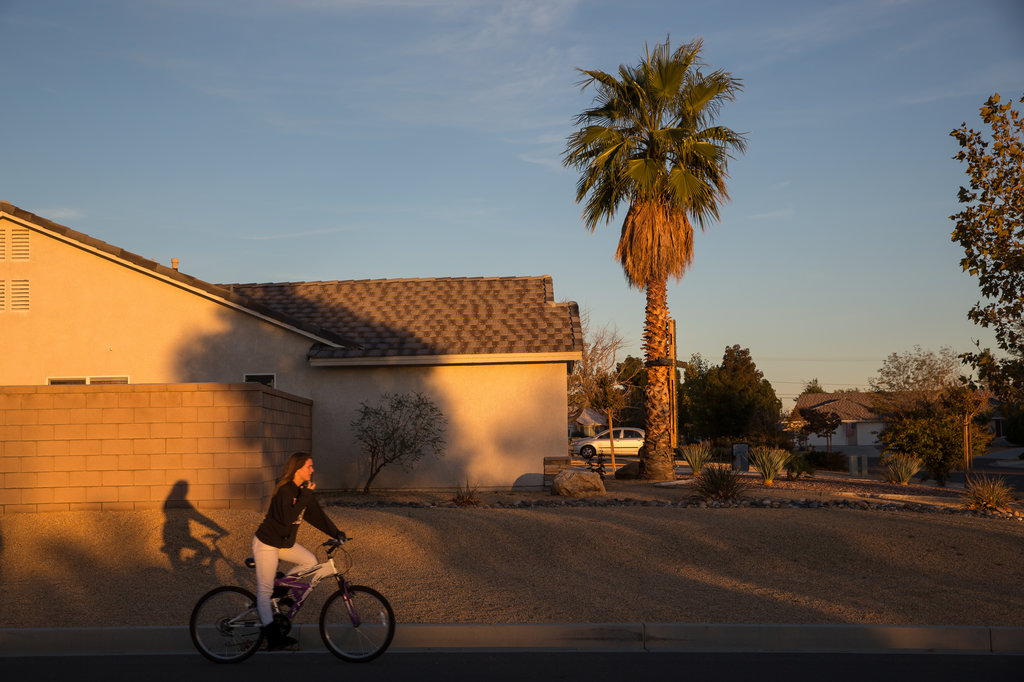 APPLE VALLEY, Calif. â?? Outside her two-story tract home in this working-class town, Debbie Alberts, a part-time food service worker, has torn out most of the lawn. She has given up daily showers and cut her familyâ??s water use nearly in half, to just 178 gallons per person each day.

A little more than 100 miles west, a resident of the fashionable Los Angeles hills has been labeled â??the Wet Prince of Bel Airâ? after drinking up more than 30,000 gallons of water each day â?? the equivalent of 400 toilet flushes each hour with two showers running constantly, with enough water left over to keep the lawn perfectly green.

Only one of them has been fined for excessive water use: Ms. Alberts.

Four years into the worst drought in Californiaâ??s recorded history, the contrast between the strict enforcement on Californians struggling to conserve and the unchecked profligacy in places like Bel Air has unleashed anger and indignation â?? among both the recipients of the fines, who feel helpless to avoid them, and other Californians who see the biggest water hogs getting off scot-free. 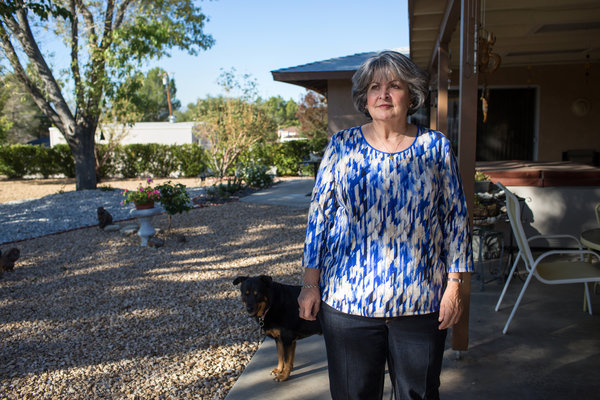 Barb Stanton, theÂ mayorÂ proÂ tem of Apple Valley, Calif.,Â where many residents have faced water surcharges despite cutting back. â??They have all this disposable income,” she said of wealthy Angelenos who have not had to pay such fines, “and theyâ??re not conserving at all.â? Credit Monica Almeida/The New York Times

This wide disparity in enforcement is testimony to Californiaâ??s vast and chaotic system for moving water from reservoirs and underground systems to homes. There are 411 separate water districts â?? some public, some private â?? and each of these local utilities has been charged with devising its own rules for saving water during the drought.

All of the districts are grappling with a mandatory order from the State of California to reduce water consumption by up to 36 percent. The contrasting approaches taken by Apple Valley and Los Angeles illustrate how differently communities are enforcing the order â?? some with lenience, others with punishments.

In Apple Valley, the private utility company that supplies water to most of this town in the high desert east of Los Angeles has been ordered to cut back 28 percent. The utility, Apple Valley Ranchos, responded by applying â??drought surchargesâ? to households that exceed a standard monthly water allotment. Nearly a third of the 20,000 customers have been assessed fines, which can run to hundreds of dollars.

Ms. Alberts, whose husband is disabled and not working, supports them and their two children on an income of about $ 22,000 a year. She received a surcharge of $ 79.66 on her last two-month water bill, raising the total above $ 330.

â??Itâ??s impossible to get under the line,â? said Ms. Alberts, 58, whose property is about half an acre and was once surrounded by greenery. â??We wash clothes once a week. We flush every third time. Sometimes we go to the laundromat because weâ??re afraid.â?

Meanwhile, in Los Angeles, the cityâ??s superrich have been able to keep multiple pools filled. Neighborhoods like Bel Air are verdant, as if the drought were happening somewhere else.

The top 10 residential water users in Los Angeles collectively used more than 80 million gallons of water in the year that ended April 1. The â??Wet Princeâ? topped the list at 11.8 million gallons during that time â?? enough for about 90 typical California families â?? at an estimated cost of $ 90,000, as first reported by the California-based Center for Investigative Reporting.

But none of the cityâ??s top water hogs have been fined. Instead, they have been insulated from financial penalties: Because less-affluent residents of Los Angeles have conserved, the city is easily meeting its 16 percent mandated reduction and has had no need to force its wealthiest residents to pare back. (Districts where average use was higher were ordered to cut more.)

Though no names or addresses of Los Angeles water hogs have been released, it is easy to find homes where they might live: In Brentwood, one home listed for sale offers 12 bathrooms and a water slide that goes from inside the house to one of two pools. Another home under construction in Bel Air has been issued permits for five pools.

Maureen Levinson, a Bel Air resident, winced as she pointed out homes being built in her neighborhood with water features she likened to â??moats.â? â??Someone has to say, â??You canâ??t have five pools â?? you can have one pool,â??â? she said.

Local newspapers have pressed the city to identify its top water users, as one San Francisco Bay Area district has done. One result: Famous residents have been shamed into using less water.

Both men blamed leaky pipes, and cut back enough to stay off the subsequent list of top water users.

Marty Adams, a senior assistant general manager of the Los Angeles Department of Water and Power, said enforcing regulations in wealthy areas was more difficult than in poorer ones. â??For a lot of people, accountants or landscapers pay the water bill, and they donâ??t even see it,â? Mr. Adams added.

Los Angeles officials hope to start imposing fines so steep that even the wealthy who populate Bel Air will notice. Elsewhere, though, fines have already piled up on middle-class Californians.

The Central Valley city of Clovis, faced with an order to cut back 36 percent, has meted out more than 23,000 fines since the mandatory water reductions began in June. In Santa Cruz, where water supplies have run dangerously low, the city has assessed more than $ 1.6 million in penalties for using too much water.

But perhaps nowhere have the fines been felt as sharply â?? or raised as much ire â?? as in Apple Valley, where the median household income is below $ 50,000 a year, a stark contrast to Bel Air.

â??They have all this disposable income, and theyâ??re not conserving at all,â? said Barb Stanton, the mayor pro tem of Apple Valley. â??Weâ??re cutting back, and yet weâ??re being penalized. We have seniors on fixed incomes appealing to us â?? they donâ??t know how theyâ??re going to pay their water bills.â?

Ms. Stanton was among those paying a drought surcharge, despite replacing her lawn with rocks. â??How much more can I do?â? she asked. â??I let my trees die.â?

Tony Penna, the general manager of Apple Valley Ranchos, said customers should be able to live comfortably within their allotments if they used water efficiently. The typical customer, he said, pays less than $ 70 a month for water.

A version of this article appears in print on November 22, 2015, on page A22 of the New York edition with the headline: Stingy Users Fined in Drought, While the Rich Soak.