Posted on November 24, 2015 by 12wwsadm | Comments Off on Britain needs the lynx effect | Patrick Barkham

Last Wednesday, at dusk, a good friend of mine went to close his curtains overlooking the Norfolk countryside. About 100 metres away an animal stood, motionless, in a field. At first my friend, a farmer and wildlife-lover, assumed it was a deer, but then it moved.

The creature bounded off with feline grace. It had an unusually long body and a distinct tail. My friend, a smart, sane man who has 20:20 vision and knows the difference between muntjac, doberman and panther, is convinced it was a big cat.

The idea that big cats roam the British countryside is often seen as a great urban myth, propagated by crypto-zoologists and conspiracy theorists, to be filed alongside sightings of the Loch Ness monster. Most eyewitness accounts of big cats are a kind of collective delusion, argues George Monbiot, reawakening “genetic memories” of ancestors facing sabre-toothed tigers; they answer today’s unmet need for wildness.

I agree with Monbiot on all important issues, but on this more trivial matter his theory seems less plausible than the likelihood that hundreds of sensible individuals are not deluded but have seen real big cats.

This has been proved in Norfolk where in 1991 a gamekeeper shot dead a 27kg (59lb) lynx a mile from where I grew up. For years, reliable locals spotted what we called “the Beast of Booton”, but the truth was only revealed when police records were published in 2006: a constable visited a gamekeeper to ask what was in his freezer. “Oh, only some pigeons and a lynx,” the keeper replied. That lynx probably escaped from a wildlife park that has now closed. Other big cats are also escapees or illegally kept pets.

Many big-cat witnesses emphasise not what they’ve seen, but the alarmed responses of dogs or horses around them. These animals are not deluded. It is poignant that my friend may not see another big cat in his life. “It was good but I want more,” he says. “I want it to be within 10 metres and growl at me.”

Big cats in our countryside stimulate our senses and spark our imaginations. They show how rewilding, and reintroducing the harmless-to-humans lynx, if done properly, would inspire us to spend more time in the wild. Our countryside can still offer such thrilling unpredictability.

In a class of his own 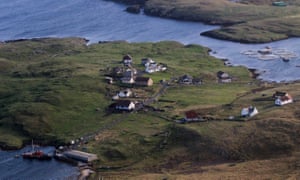 The Scottish islands of Out Skerries. Photograph: Olivia Harris/Reuters

Ten-year-old Aron Anderson has been dubbed Britain’s “loneliest schoolboy” because he is the only pupil at his primary school on the Scottish islands of Out Skerries. Last week I visited Rathlin, Northern Ireland’s only inhabited island (population 130). Its primary school is thriving: it has nine pupils, up from three in recent years. A viable school is the pulse of every small island; one pupil is not ideal. But I didn’t meet any graduates of Rathlin’s school who felt disadvantaged: they’d grown up roaming free and socialising with people of all ages, with far less chance of loneliness than in our towns and cities. 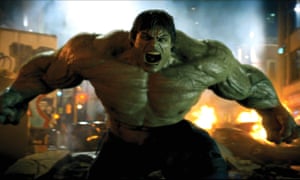 Toys R Us has ditched “boys” and “girls” categories on its website, in a victory for the Let Toys Be Toys campaign. Sexism isn’t a good salesperson, but children’s toys and clothes are still massively gendered.

Esme, one of my twin girls, loves the Frozen princesses but is also drawn to the Incredible Hulk. I’m not keen on feeding either fascination but, idly browsing online shops for some Hulk birthday tat, found it was all “boys’ pants”, “boys’ pyjamas”, “boys’ vests”. Obviously anyone can wear pyjamas but such prescriptive, unimaginative marketing is surely losing toymakers money.

Hulk nighties may not be a great leap forward, but they would be fun.